Well Washknight has challenged me to answer some questions on geocaching / blogging in his "Geocaching Blogger Interrogation Challenge", so, reminiscent of when reposting Facebook notes was in vogue (I think we were all avoiding writing our dissertations!), here are my answers:

1. When and how did you first get into geocaching?
Summer 2009 I was in the university library, undoubtedly procrastinating (or posting a note on Facebook - see above!) when my boyfriend came along and told me about an activity his housemate had just discovered called "geocaching". He wanted to show me what he was talking about so we headed out and went back to find the first two caches he and his housemates had all tracked down together. On returning to the library, we logged onto geocaching.com and then I entered my postcode and that was it! I saw another one near where I was living, and one in a park, and one by the beach... well I didn't have a GPSr at first so I depended on detailed hints and logs and enlarged satellite imagery from Google Maps. After twenty or so finds, including a virtual in Cyprus, I bought my first GPS unit and the rest, as they say, is history.

2. Do you remember your first find?
Very well. It was actually quite a tricky one, Swansea Micro [later Nano]: Victorian Iron Bridge which was a tiny black magnetic container stuck to a huge black iron bridge structure. Thankfully my boyfriend had already found it so that after a few minutes of struggling, he pointed me in the right direction. My first real solo find was Singleton Wheel #1, and I was chuffed to bits to find one without assistance. 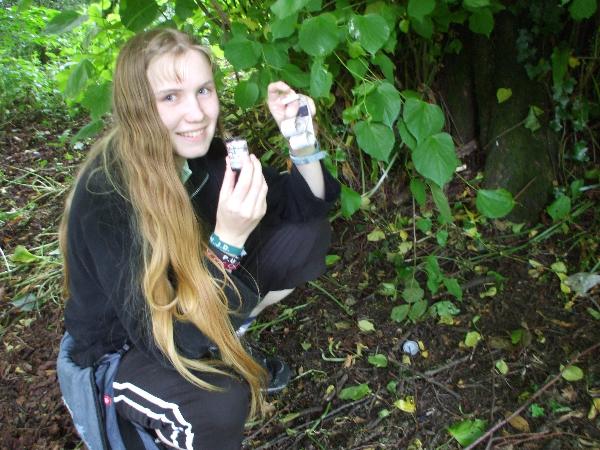 3. What device(s) do you use for locating caches?
My first device was a Garmin eTrex H, you know that really cheap and cheerful yellow device with a black and white screen, which loads of cachers bought because it was miles cheaper than any other device and because when we all start caching we don't really want to fork out hundreds of pounds only to jack in the hobby two months later!

I now cache mainly with my Garmin eTrex 20, a superior update in the eTrex series (see previous article here) and it serves me well with its thumbstick, colour screen and detailed maps courtesy of Talkytoaster! I have attempted to use my iPhone for caching but as I am on PAYG and not a contract, I don't like using up all my data online. I have never had much confidence in the iPhone's GPS capabilities compared to a specialised device anyway and I am extremely brand-loyal to Garmin who make excellent car SatNavs and other navigation technology that I also own and trust.

When caching was ruled by eTreces! (pl?)

4. Where do you live and what is your local area like for geocaching? Density, quality, setting etc.)
I am a Sussex girl by origin but I discovered geocaching whilst living in Swansea where I made some true life-long caching friends (cheesescones, cloudspotter, mitch.mob to name a few) but I now cache mainly in Hampshire. There are plenty of caches in the area, mostly very good in quality but the scenery and locations were all the more stunning in Wales; in Hampshire I am more dependent on creative hides than interesting locations. Fortunately I live in an area rife with challenge caches, my favourite type, whereas Wales is still very much lacking in them which is really disappointing!

5. What has been your most memorable geocache to date, and why?
I've had lots of exciting caching adventures but those shared with friends are the best. My favourites have to include my 500th find, Wind Farm Wilderness in South Wales for the absolutely stunning location (and I am a huge sucker for wind farms!), Dark Side (a fabulous night cache I was FTF on with Fraser-Cole), and Bunkered?, my 2000th milestone with cheesescones looking on as I crawled through a cramped bunker to find the Tupperware! Passers by on the outside couldn't see the aperture I'd crawled in through and assumed she was talking to the wall! 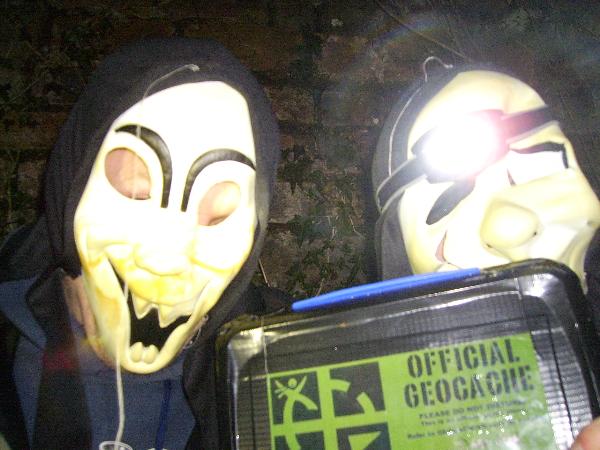 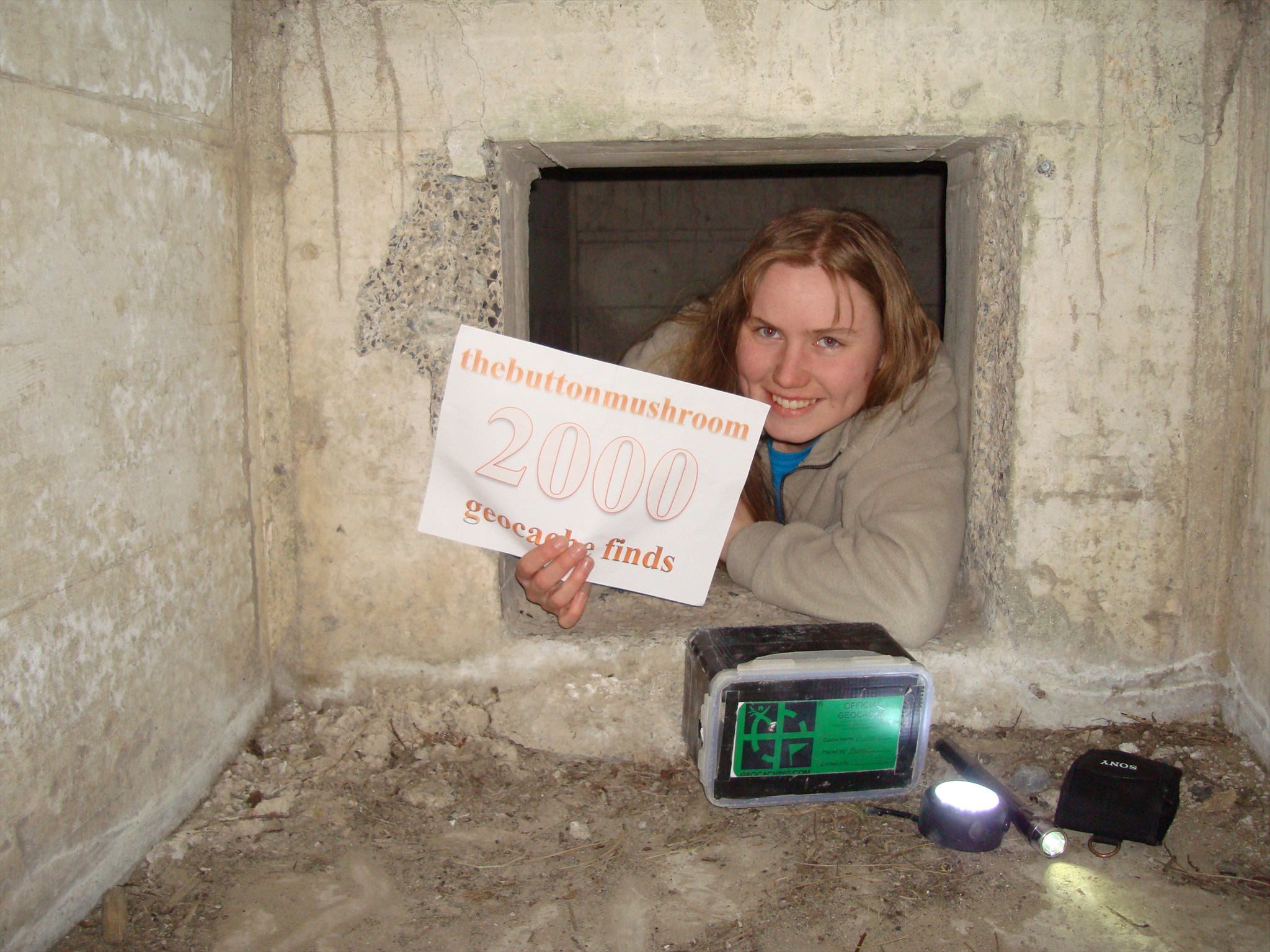 6. List three essential things you take on a geocaching adventure excluding GPS, pen and swaps.
From a caching perspective, a tool for extracting tiny log books is essential so a pair of tweezers is always worth keeping handy. I also like having a pocket mirror on me to avoid putting my hands in cobwebby or icky places unnecessarily, and a torch is super helpful too. I have a fantastically bright little torch / power bank which you can charge in the cigarette socket of your car, and then also use as a charger, if necessary, for all your other devices. It's super handy and you can even get trackable ones! I bought mine at the Kent Mega from Bodcharger. A camera is also a must, but this is not necessarily linked to geocaching; I just find myself in lots of very cool places on my outdoor adventures.

7. Other than geocaches and their contents, what is the weirdest thing you have discovered whilst out caching?
You get some pretty bizarre rubbish during CITO events sometimes. I found a massive number 30 wreath underneath a fishing platform during the West Midlands Mega! 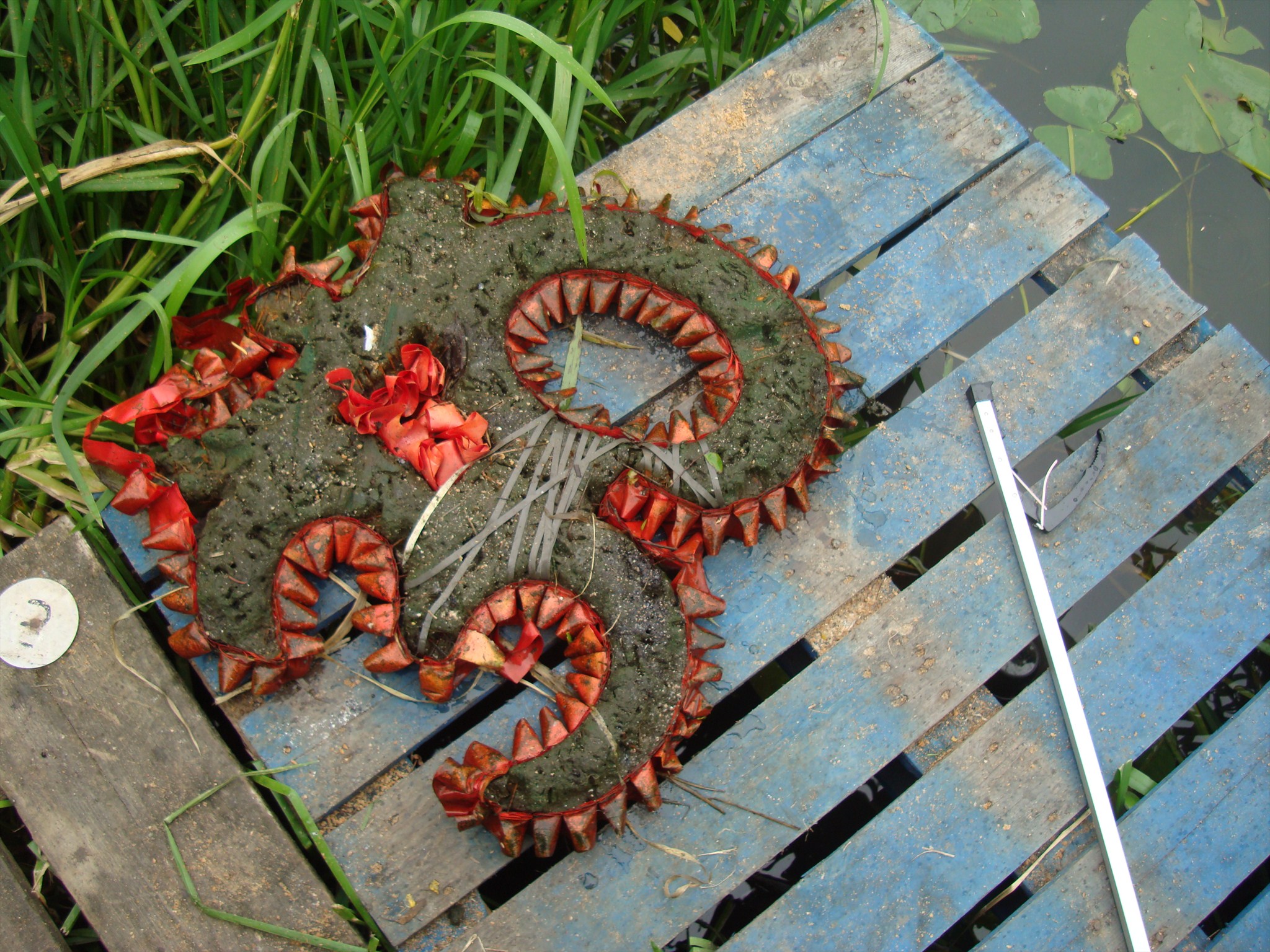 8. On a scale of 1 to 10 where 1 is I am obsessed by numbers and 10 is I am all about the experience and the quality of each individual cache, where do you put yourself?
Probably bang in the middle at 5. If I had the time was out of work again (which I hope I never am until I retire), I would cache all the time. I just want every single box on my map to be a smiley, so I am quite obsessed with numbers in that respect, and yet I can't afford to be because I don't have the time to cache regularly. When I am pressed for time, I'd rather go get a good one with lots of favourite points than whatever's convenient.

9. Describe one incident that best demonstrates the level of your geocaching obsession.
I was trying to make sure that I filled my calendar so I could claim the challenge cache, A Year, Lost! 365 Days of Caching! and I knew that there was one day I knew I was not going to be able to get out to find one due to other circumstances, so the previous day I waited up and identified a cache 'n' dash then left the house just before midnight so that I could claim the cache just the other side of midnight. Job done!

10. Have you picked up any caching injuries along the way?
Nothing of significance, just the usual scratches and stings from brambles, nettles, gorse, hawthorn etc. I have never landed myself in A&E but I don't trust my tree-climbing abilities so I have to leave those or I'd probably have broken my neck by now. I would love to do more extreme caches but I don't have the equipment myself, nor am I close enough friends to anyone who does.

11. What annoys you most about other geocachers?
Out in the field:
Online:
12. What is the dumbest thing you have done whilst out caching?
Done several dumb things whilst caching, but I remember following some reflective markers on a night cache once until they suddenly disappeared and a cat ran away!


13. What do your non-caching friends and family think of your hobby?
They all understand and humour me. A few of friends have asked to come with me and one of my colleagues is slowly getting hooked! My husband, who despite introducing me to geocaching, never wants to come along but lets me go enjoy myself. We enjoy travelling so it's a perfect excuse for me to tick off more counties and countries.

14. What is your default excuse you give to muggles who ask what you are up to of if you need help?
"I'm geocaching, you probably haven't heard of it: It's an online treasure-hunt." I don't want lie to anyone, especially not the police, who have only asked me once. You never know, you might find that they know what caching is and want to help.

15. What is your current geocaching goal, if you have one?
I am one step away from completing the Up the 13 Steps Challenge cache but I would also like to complete as many challenge caches as possible so I keep an eye on their requirements when they pop up.

16. Do you have a nemesis cache that despite multiple attempts you have been unable to find?
Not at the moment, I don't think. Recent nemesis caches have included:
17. What three words or phrases best sum up what geocaching means to you?
Outdoors, adventure, challenges.

18. What prompted you to start blogging about geocaching?
No idea, really. I wanted to see if I could get to grips with Blogger and geocaching was an area of interest to me so I used it as my basis for blogging. In reality I don't write much on my blog and don't tend to read them either. I've been a long-term creator and manager of full websites rather than blogs, my main ones being for the video game Metal Gear Solid and about my faith, Why Believe in Jesus?

19. Which of your blog entries are you most proud of?
I wouldn't say I was proud of any of them really. It's not like I've done lots of research or hard work for any of my entries on my this particular blog. I wrote a bit about my adventures caching by bike once, which is something I would like to do more of as I am now cycling more than I used to and it is becoming a hobby in its own right. 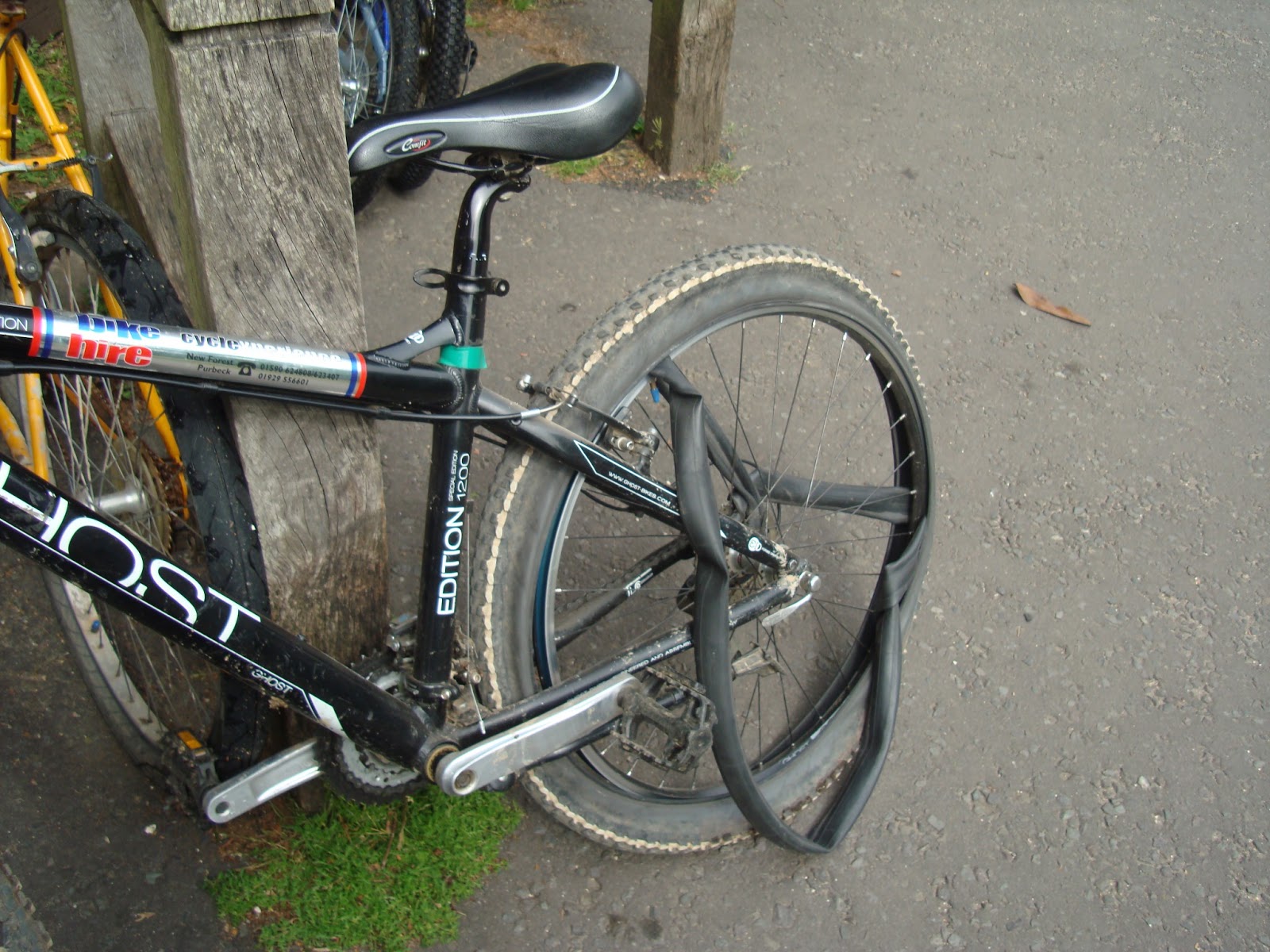 My best publications have been in FTF Geocacher magazine which I contribute to fairly regularly and have never missed an issue. I think it's absolutely fantastic and I feel very privileged to have my contributions on its pages sometimes.

20. Which other geocaching blogs do you enjoy reading?
As mentioned above, I don't blog much myself, or follow any others. My online time is normally spent poring over maps! I think it was Tortoiseshell's blog that got me thinking about blogging about caching but I have also watched a few vlogs on YouTube too. The late Sven's, though sometimes controversial because of their spoilers, were always good value.
Posted by thebuttonmushroom at 15:35

thebuttonmushroom
This blog documents interesting things I come across whilst out and about, mainly caches, landmarks and fungi. It also features my musings of all things geocaching. My outdoor pursuits include geocaching, orienteering, waymarking and trigpointing. When I get the chance I enjoy horse riding and cycling.